Celebrations in the Yasodhara Year 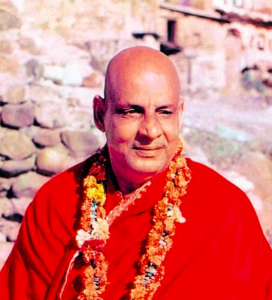 Swami Sivananda of Rishikesh’s birthday is celebrated usually with a puja or special satsang,on September 8th by Yoga centres throughout the world in the Saraswati lineage, including those founded by Venkatesananda and Vishnu Devananda as well as our own, Swami Sivananda Radha.

Song of a Sanyasin – Sivananda 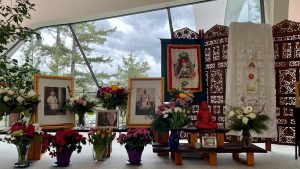 This is a day for reflecting on the power of commitment and the Saraswati lineage.

The date commemorates the anniversary of Swami Radha taking initiation is celebrated on February 2nd each year with satsangs, pujas and reflections on gratitude for her commitment and for lineage she established at Yasodhara Ashram.

This is also a day to remember Swami Radhananda, her successor as President of the Ashram, who passed away 28 January 2021 and to recognize the commitment of Swami Lalitananda, the current President and the swamis, brahmacharias and mantra initiates who support her. 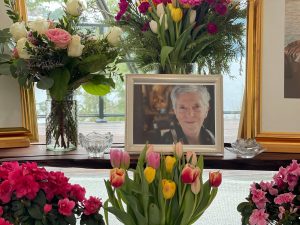 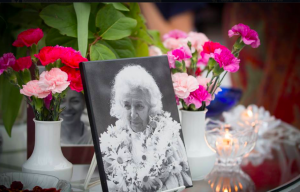 It is also traditional to mark the passing of a guru with a Bandhara – students getting together for a celebratory meal. 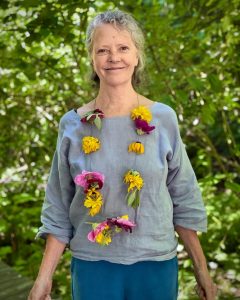 On the 25th anniversary of her sanyas Swami Lalitananda spoke about her path, saying “I realized that my motivation for becoming a sanyasin was my gratitude to Swami Radha and my deep love of her. And my gratitude for how the teachings changed my life.” 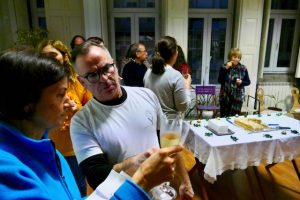 Over sixteen years of Yoga in central Braga – Yoga, Light and refreshments. 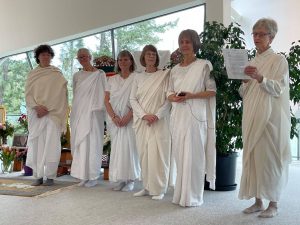 The Ashram celebrated the 65th anniversary of Swami Radha’s initiation into sanyas with a puja (ceremony) honouring her commitment and expressing our gratitude for all that she has given. We are also celebrating Swami Radhananda’s life and the lineage she continued. Feeling honored to have two such amazing women to have graced this earth and to have received all they had given. 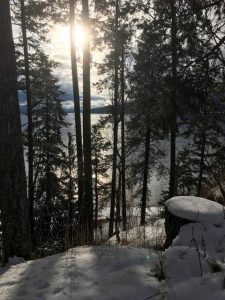 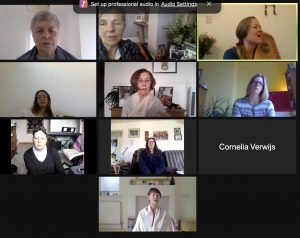 The Ashram ceremony was beautiful and on a cloudy day, the sun broke through and cast its light onto the lake and into the Temple – we knew our ancestors were with us. The Divine Light holds us all.

Meanwhile, in Europe, on 5 February there was an online satsang to honour the life of Swami Radhananda, a life dedicated to the Divine.  A woman of great courage and love.  We give thanks that our lives have been touched by her presence in such a profound way. 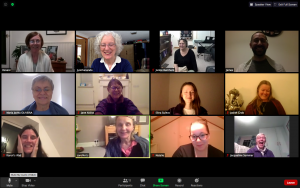 Chanting for the passing of Swami Radhananda – 30 January 2021, then daily each. morning, through to 20 March – online

Students and teachers gathered online to chant Hari Om, to support Swami Radhananda on her journey to the Light. Several people took a turn leading the chant. Then Devani invited everyone to tell an important memory of Swami Radhananda.  The memories were so full of Light, love and joyousness. People also spoke of how she recognized something in each one of them and called on then to bring it forward.

It was very sweet.  Full of love and gratitude. Swami Jyotihananda 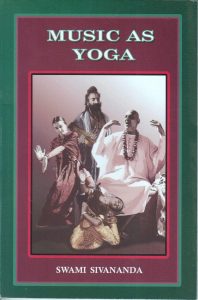 Chanting and chocolate cake to honour Swami Radha and her Teachings. March 2018.