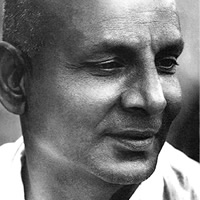 Swami Sivananda of Rishikesh (1887-1963) was one of India’s great gurus, and the founder of the Divine Life Society. Known for his generosity and selfless heart, he has inspired many to follow the path of yoga.

Swami Sivananda initiated Swami Radha in 1956. To initiate a woman and a Westerner in the 1950s was groundbreaking. After an intense training period, he encouraged her to establish her own ashram in the West, so that she could share the teachings of yoga.

Swami Sivananda is the honoured maha-guru (grandfather) of our lineage, a visionary for his time.

Born in Germany in 1911, Sylvia Hellman was among the first women to become a photographer/journalist as well as an advertising writer and designer. She was also a modern interpretative dancer in Berlin, but soon realized that worldly success brought little of enduring value. The destructive war years in Germany only increased her desire to find a lasting and meaningful purpose in life.

She immigrated to Canada in 1951 and became a Canadian citizen. A visionary experience led her to her guru, Swami Sivananda Saraswati of Rishikesh, India. At his ashram she received intense training in the philosophy and practices of yoga, and in 1956 she was initiated into the sacred order of sanyas to become Swami Sivananda Radha.

At her guru’s request she returned to the West to establish an ashram for the study of yoga. In 1956, in Burnaby, British Columbia, she founded the first ashram in Canada and later opened the Yoga Vedanta Bookstore on Robson Street in downtown Vancouver. In 1963, the Ashram moved to its present location in Kootenay Bay, BC, and took the name Yasodhara. To respond to the needs of increasing numbers of students in urban environments, Swami Radha also opened centres across Canada, the US and Europe, where yoga classes continue to be taught by teachers trained at Yasodhara Ashram.

Swami Radha’s major focus was to interpret the ancient yogic teachings of the East so that they could be understood and applied in the daily life of Westerners. She set high ethical standards and encouraged students to develop quality in their lives and manifest their own ideals. Her teachings are based on building character as a foundation so that the energy gained through spiritual practice is directed wisely.

A pioneer in the North American yoga movement of the mid-20th century, Swami Radha’s teachings continue to inspire the yogis of today. 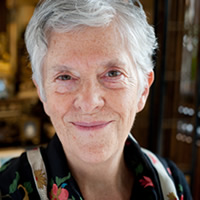 Please see Celebration of Life and Tributes Page for her inspirational life.