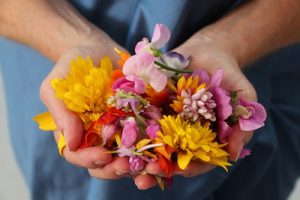 We are currently not offering any in-person classes due to COVID-19.

In 1996, I had been practicing Hatha Yoga as a physical practice for many years when I first visited Yasodhara Ashram. I discovered that there is much more to Yoga than the physical poses. I completed the Yoga Development Course in 1998 and 2010, and have been certified to teach Hatha Yoga since 1998, and Hidden Language of Hatha Yoga, Kundalini and Dream Yoga since 1999. I am deeply grateful for the practical way Swami Radha has presented the Yoga teachings. Because of Swami Radha my life has meaning.

I first visited Yasodhara Ashram in the 1980’s.  I was attending a hatha yoga class in Edmonton and a classmate gave me a brochure/calendar for the Ashram.  A friend and I then drove out to the Ashram and participated in a 10 day course, after which I signed up for the three month Yoga Teacher’s Course that commenced in January of the following year. However, I did not end up taking the three month course until several years later, in 1992, at which time it was called the Yoga Development Course.  I have since then taken teacher certifications in hatha yoga, Hidden Language Hatha Yoga and Kundalini and Dream Yoga and completed the Yoga Development Course two more times, most recently in 2019. I feel grateful to be part of the large extended Ashram community. Swami Radha’s Teachings are both practical and uplifting and give me ongoing inspiration.

I have been involved with the Yasodhara Yoga teachings for many years, as both a student and a teacher. I value the reflective process, which offers me self-discovery at many levels. The Yasodhara Teachings have helped me create a meaningful foundation for my own life, and I appreciate the opportunity to facilitate such growth in others through classes and workshops.